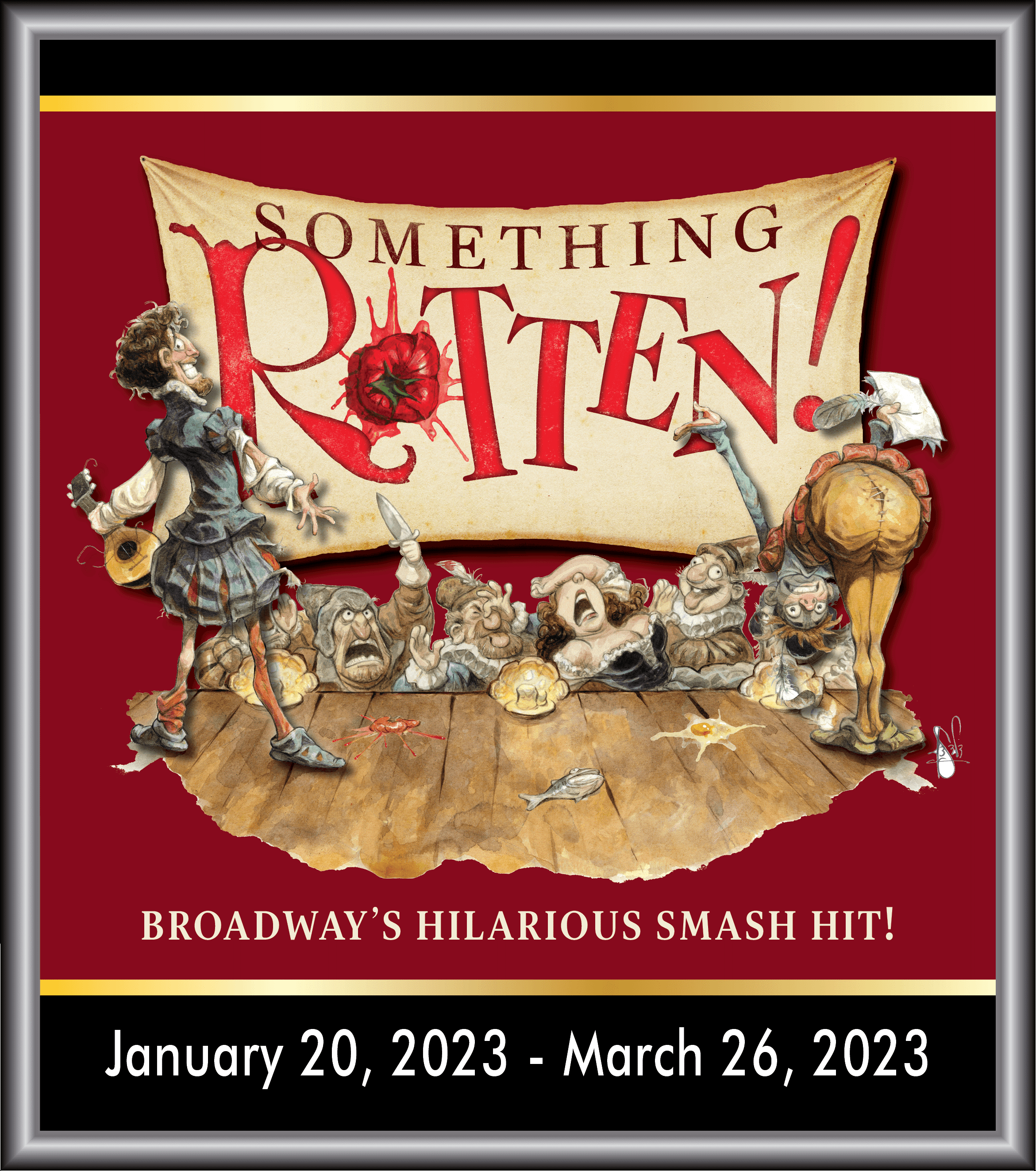 At this time, tickets for this show are currently only available for purchase directly though our Box Office 410-730-8311. They will be available through Ticketmaster soon.

Nominated for 10 Tony Awards! Set in the 1590’s, brothers Nick and Nigel Bottom are desperate to write a hit play but are stuck in the shadow of a “Renaissance Rockstar.” When a local soothsayer foretells that the future of theatre involves singing, dancing and acting at the same time, they set out to write the world’s first MUSICAL! Critics and audiences alike went wild for SOMETHING ROTTEN, an outrageous, crowd-pleasing musical farce that received several Best Musical nominations and was hailed by Time Out New York as, “the funniest musical comedy in at least 400 years.”

Please note:
Fog, haze and strobe effects may be used in this production.

Due to the nature of theatrical bookings all shows, dates and times are subject to change.

Are you looking for a FUN night out? SPAMALOT is g

Check out this new musical based on the award-winn

Looking for a fun way to celebrate with your Valen

SPAMALOT is guaranteed to put a huge smile on your

Due to the inclement weather Toby’s is cancellin